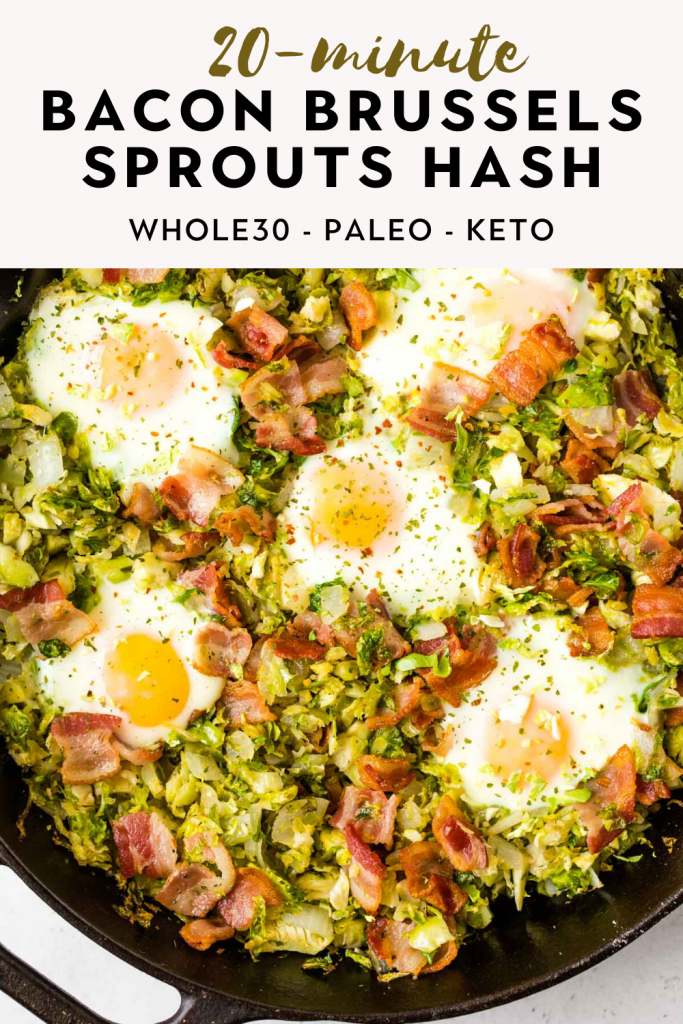 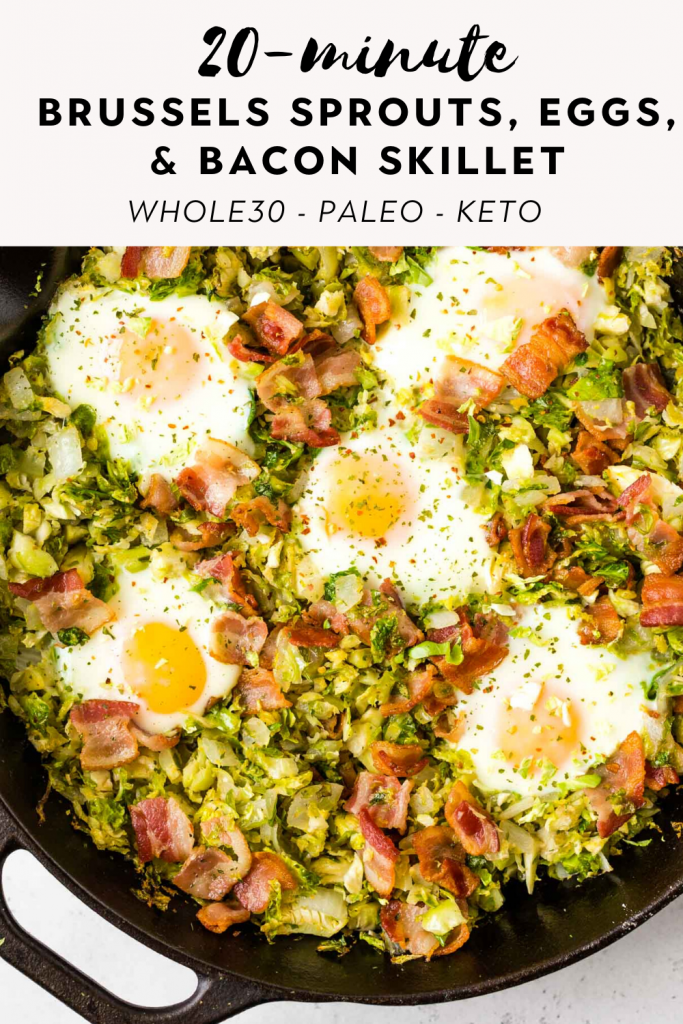 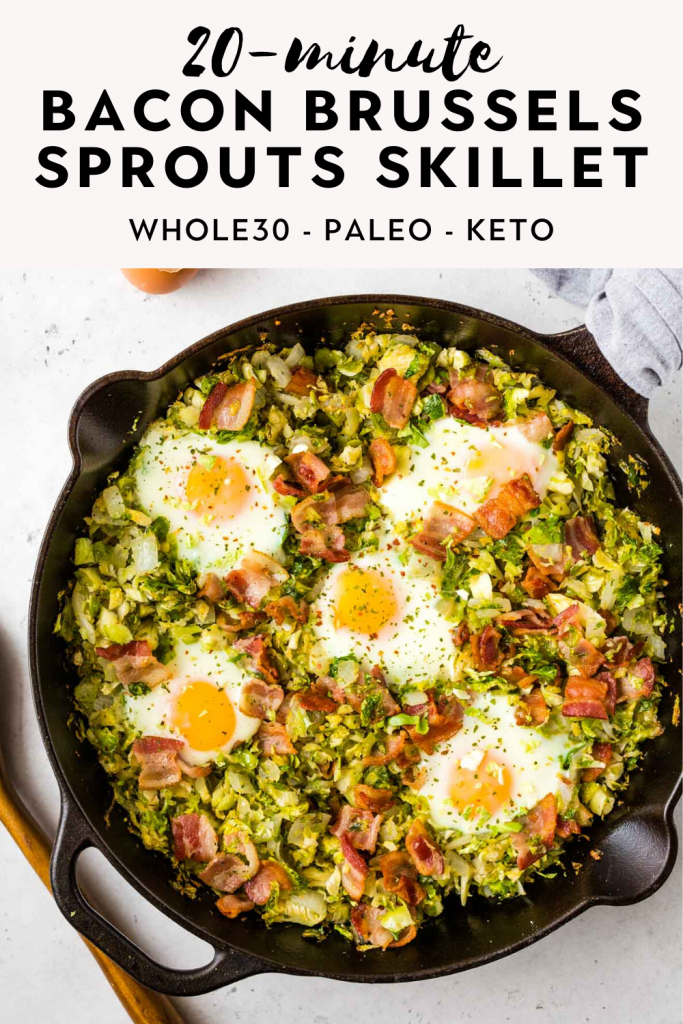 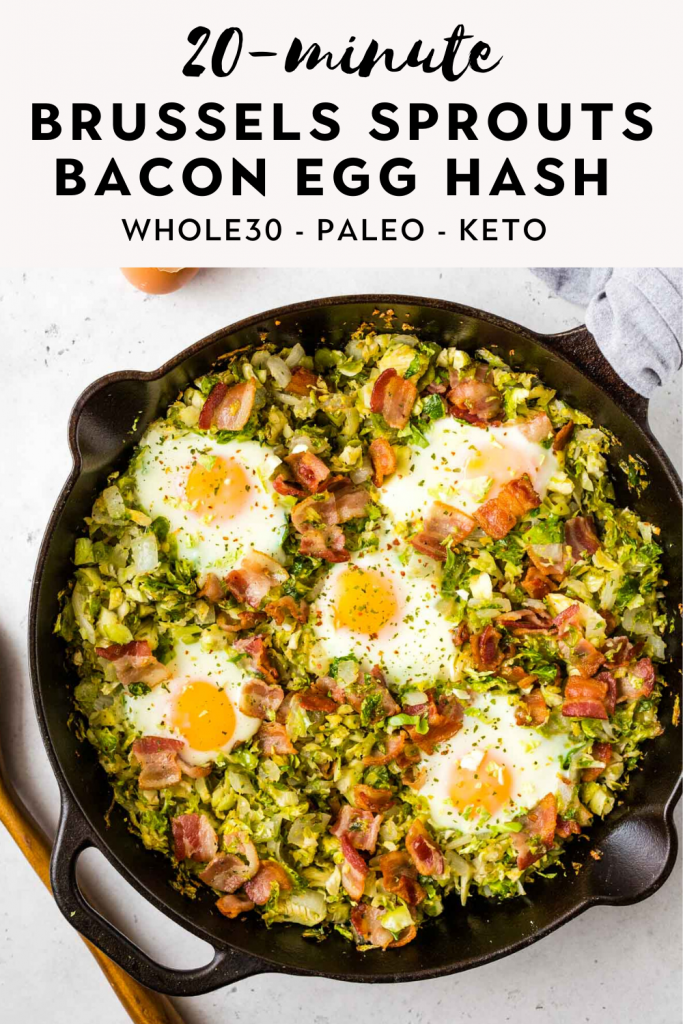 This brussels sprouts with bacon breakfast hash is an easy, healthy recipe that’s low carb, Paleo, Keto, and Whole30. Shredded brussels sprouts are sauteed in a skillet with crispy bacon, and eggs are oven baked at the end for a simple breakfast that you can make in just 20 minutes!

With just a few ingredients you can have breakfast made in 20 minutes!

HOW TO MAKE THIS BRUSSELS SPROUTS WITH BACON BREAKFAST HASH

First, preheat oven to 350 degrees Fahrenheit. Start by trimming the ends off the brussels sprouts, and slicing them in half vertically. Place them in the food processor.

Use the shred setting and pulse, just a few times, until all brussels sprouts are shredded. Depending on the processor you use, you may have to work in batches.

I use the Ninja food processor and was able to fill it full with brussels sprouts and shred them quickly with just a few pulses. Be careful not to over shred the sprouts.

Set aside the brussels sprouts and slice bacon into 1″ pieces on a cutting board. In a large skillet, over medium heat, fry the bacon pieces up and place the bacon on a paper toweled covered plate once it is crispy. Set aside.

In the same skillet with bacon grease, saute onion and garlic for 1-2 minutes. If you don’t want to use bacon grease, you can also use ghee, avocado oil, or grass-fed butter. Just dump the bacon grease out, and add the other oil before sauteing.

Make 4-6 wells in the skillet with a spoon. Crack an egg into each hole and bake the skillet for 10-13 minutes.

If you are want runny eggs, bake the hash for 10 minutes. If you want over medium eggs, bake for 13 minutes. Baking any longer will cause the eggs to be hard and overcooked.

Eggs will be a little bit jiggly out of the oven, but will cook more when taken out of the oven. Serve warm and garnish with parsley, and red pepper flakes.

After the brussel sprouts hash is cooled, I store the hash in a glass tupperware container and pop it in the fridge. The rest of the week I will eat it for breakfast, lunch, or dinner as leftovers.

To reheat the hash, you can place it in a glass bowl (please don’t heat in plastic), and microwave the hash for 30-60 seconds.

Obviously, if you have leftover hash, but no eggs left, fry you up an egg girl!

This brussels sprouts with bacon breakfast hash is an easy, healthy recipe that’s low carb, Paleo, Keto, and Whole30. Shredded brussels sprouts are sauteed in a skillet with bacon, and eggs are oven baked at the end for a simple breakfast that you’ll keep coming back for! 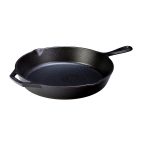 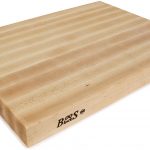 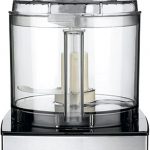 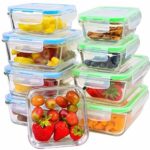 How to Heal your Body after Stopping Birth Control

Hi, I’m Abbey! Food blogger, health coach, and personal trainer. I’m just a girl who loves food, and loves to show others how good healthy eating can taste! Here you’ll find easy real food recipes as well as healthy lifestyle and fitness content. I’d love to get to know you! 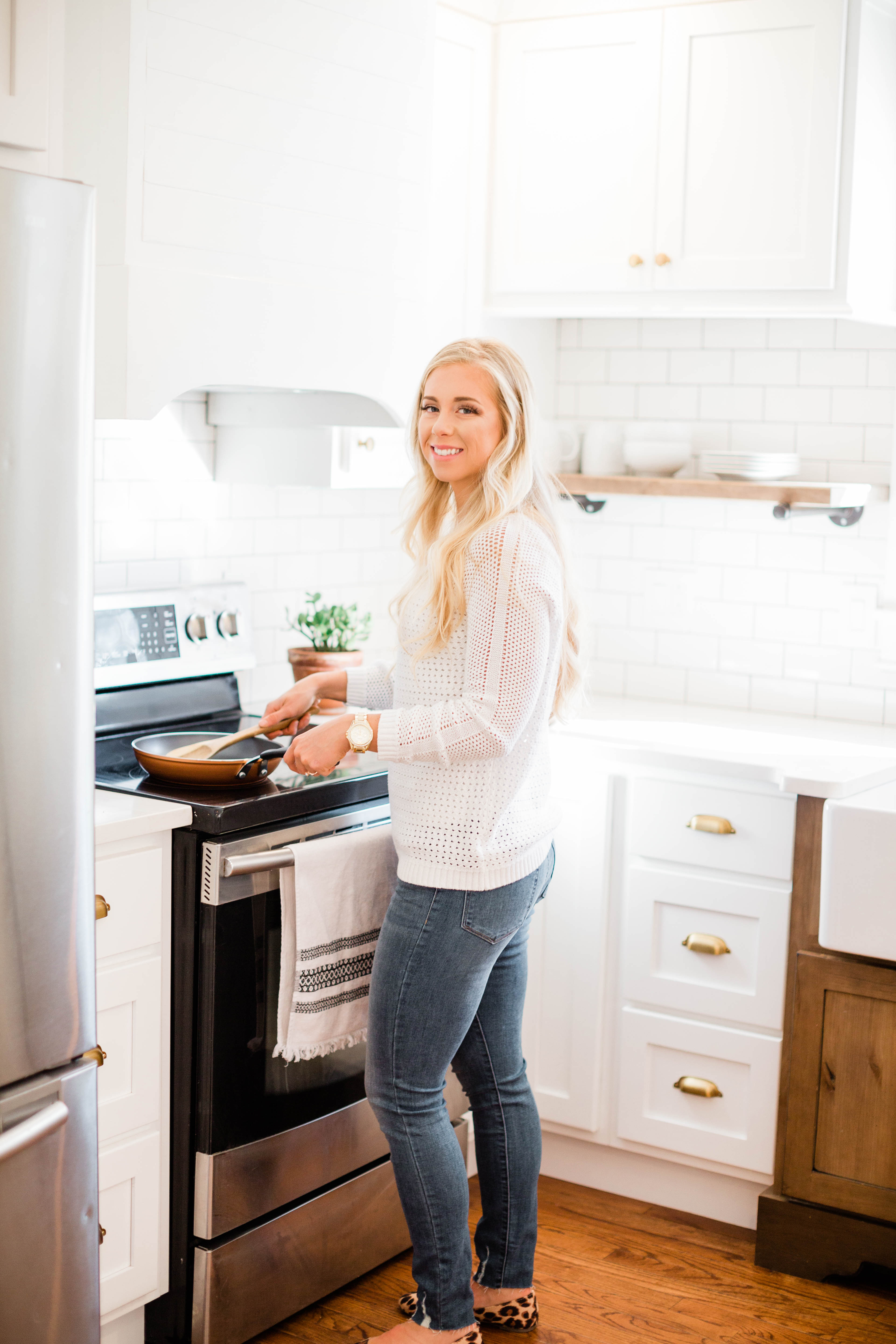